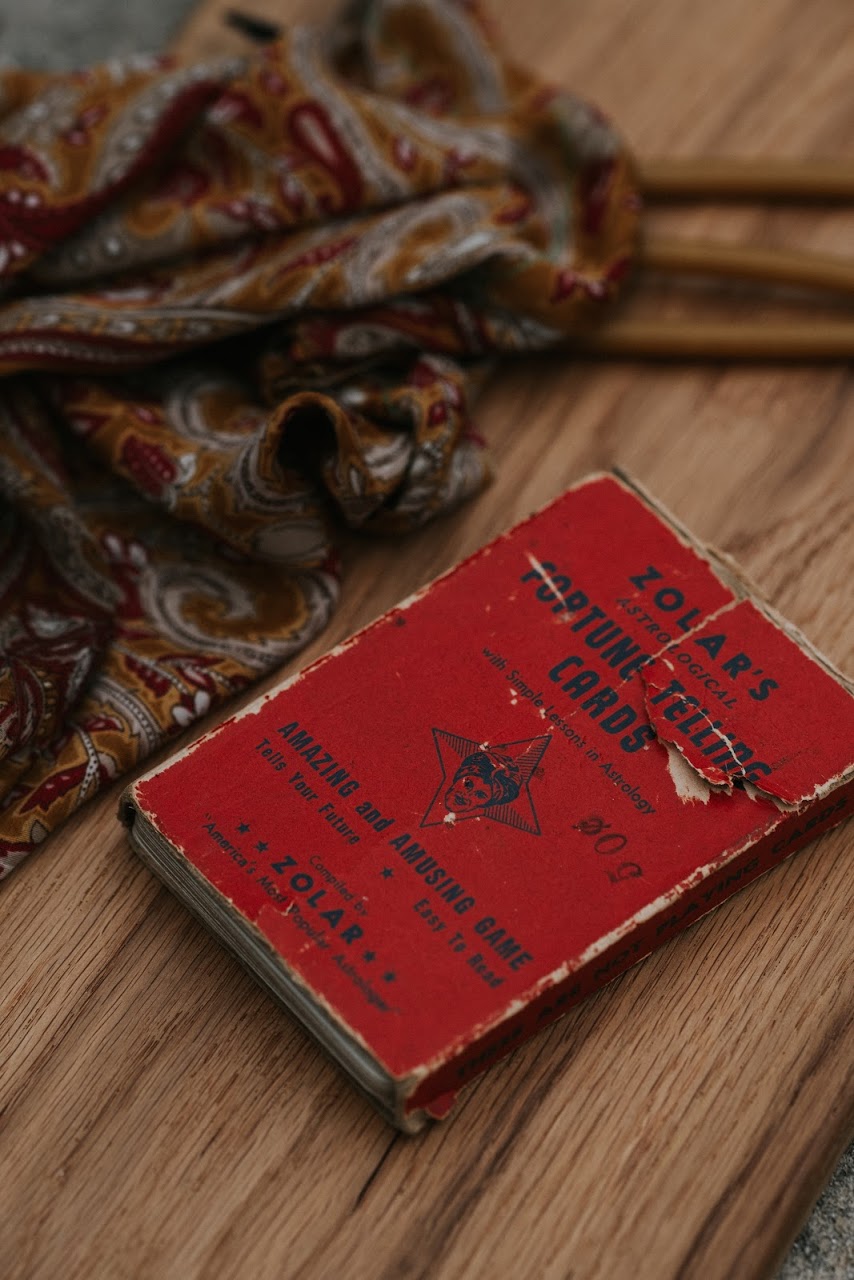 My 1943 Zolar’s Astrological Cards have quite a story behind them. Would you like to hear it?

The famous Zolar was born in Chicago in 1897. Zolar was a pseudonym under which Bruce King created his career as a great salesman and the best known american astrologist.

Before all of the above happened, his parents intended him to become a priest, but Bruce had his own passions and he ended up selling men’s hats. After the salesman career and the army, he moved to California.

California brought an astrologer known as “Kobar” into his life. At that time, Kobar was giving readings over the radio and successfully selling horoscopes. Bruce saw enormous potential in this niche business and demanded for collaboration. Together they started an astrological radio show and were successful but both decided to quit. They reunited back in Chicago, where within a few months they had the third highest rated radio show. So they kept expanding.

Astrology turned into a profitable business model, so King started hiring actors in other big cities and made them read Kobar’s old scripts. Each actor was given a “Kobar like” name, which was supposed to sound mystical, like “Ramar” or “Yogar”.

Quite unexpectedly, Kobar decided he was quitting and left the partnership. At this point, Zolar took over Kobar’s old scripts and started expanding his personal knowledge in astrology. Later Zolar started writing books on astrology and other occult like stuff.

Today he is known as the dean of astrology in the USA. Maybe more of a businessman to me, but why can't he be both?

P. S. Also, he was the one who put all those horoscope machines at movie theaters. Have you ever heard Zoltar speak with you?